Monday night wrapped the epic story of how Ted Mosby Met the Mother of His Children, Tracy McConnell… 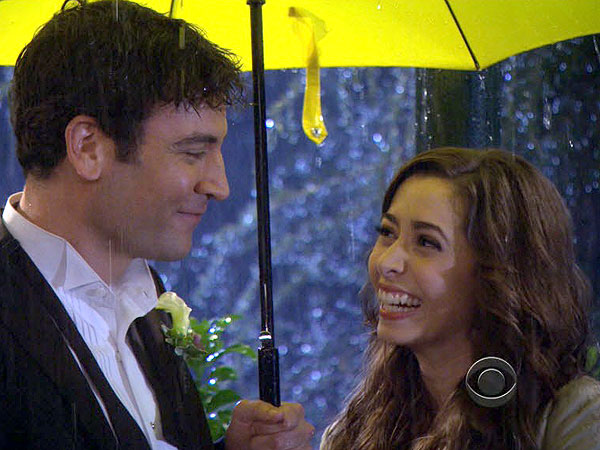 It turns out, that wasn’t actually the point of the story. 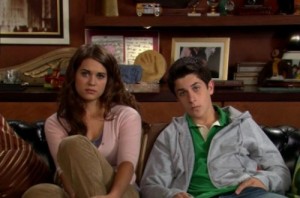 Let’s not drag this out, shall we?  On Monday, we saw Barney and Robin get married, Ted met the “Love of His Life“, Marshall and Lily renewed their wedding vows then grew old together in wedded bliss (huzzah).  Meanwhile, Barney and Robin got a divorce at the three year mark, Robin went on to become a worldwide success,  and Barney finally stopped sleeping around for good when he had a baby girl out of wedlock. Ted and The Mother/ Tracy McConnell had two kids together and lived happily until Tracy became sick and died, tragically missing her daughter’s wedding (they foreshadowed that, remember?). Ted finally concluded this epic tale, and in footage clearly filmed a good eight years ago, his kids encouraged him to get together with their Aunt Robin: “Come on, dad. Mom has been gone for six years now. It’s time.”

As far as reactions go, creators Carter Bays and Craig Thomas have a mixed bag. Some were incensed by a total regression of character development on behalf of Ted, Robin and Barney while the Mother was relegated to Uterus status. Others were furious the creators didn’t allow for any deviation from the original plan for the show. Over the course of nine years, stories and characters will inevitably change, regardless of what the writer initially had in mind. Some felt the writers short-changed their narrative by insisting on the original ending.

A few critics maintained that the ending actually worked. Where others were angry that Bays and Carter had conned viewers, a softer approach would be to say they…well, played a joke. True, the show title is about Tracy but literally- from the very first episode — How I Met Your Mother has been about Ted and Robin. Even Ted’s kids, who we learned this season were named Luke and Penny, pointed out that Ted had failed to really tell them much about their mom, and called his bluff for what it was. “This is a story about how you’re totally in love with aunt Robin and you’re thinking about asking her out and you want to know if we’re ok with it.” 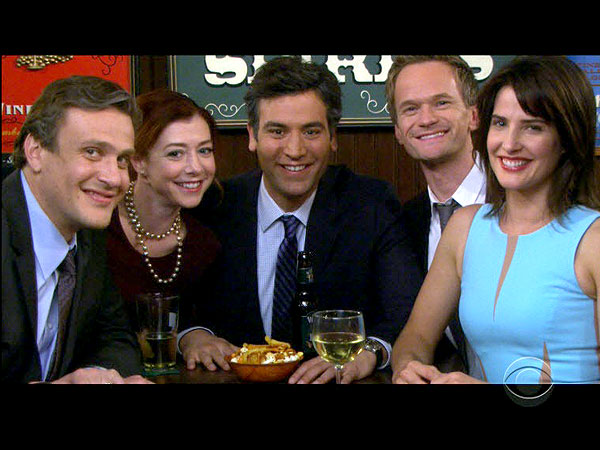 Now, where does this leave audiences? Clearly, reactions run the gamut. Personally, I see no point in being furious at the writers for sticking to what they’d been planning all along. I certainly think the last few seasons would have been better if Bays and Carter had allowed the characters to progress naturally, rather than constantly corralling them back into this pre-arranged ending. But I don’t really feel tricked either: it certainly explains why they allowed us to ship Ted and Robin for so long, even when we knew she wasn’t The Mother. If they had sprung the mother’s death on us in the last episode unexpectedly, I would have been a ringleader in organizing hate mail but the Creators even prepared audiences for that too.

Most importantly, Cristin Milioti was absolutely brilliant and perfect and everything I ever wanted The Mother to be and more. She was snarky and intelligent, she played the ukelele and went to renaissance fairs, wore driving gloves, gave amazing advice and made even better cookies. Milioti and Josh Radnor had chemistry that paled in comparison to Cobie Smulders, as well as every other guest star girlfriend who appeared over the years.

We only had Milioti for a season and her death was still as traumatizing as any of the original gang.  It’s a huge disservice to Milioti and her character to insist that the finale’s ending relegated The Mother to little more than a reproductive plot point. We spent nine seasons watching Ted catch flack from all his friends and every girlfriend he ever had for those little quirks. He likes to quote pretentious poems and people, he insists on proper pronunciation of “Encyclopedia,” he rushes headlong into romance and commitment. He’s never right for anyone, Robin comes close but they want different things out of life and Robin doesn’t know how to commit. And then Ted meets Tracy and suddenly, every eccentricity is validated because Tracy is just as peculiar and she even laughs at the cheesy shellfish joke — a match made in heaven. Tracy McConnell was Ted Mosby’s Lifelong Treasure of Destiny, or his “Lebenslangerschicksalsschatz.” And if there’s one thing the writer’s did perfectly, it was conveying that very fact.

Did the series end the way a wanted it to? No. Not by a long shot. Am I disappointed? Yes, yes, I am. But I’m not as devastated as I thought I would be back when “Vesuvius” aired.  Life happens. Sometimes marriages don’t last, good friends lose touch and loving wives and mothers are taken from us long before they should be.  Does that negate their importance? Does it mean a divorced couple didn’t once share something sacred and beautiful? Of course not. While there are some really valid points out there for why the finale was a flop, I think some people are just angry because Carter and Bays didn’t stick to the stereotypical sitcom ending. Rather than happily-ever-after, audiences were treated to a horrible reminder that youth is fleeting, marriages fall apart and tragedy could be just around the corner. I think the message that Bays and Carter wanted to emphasize was lost in the midst of the turbulence and tragedy of the last episode, which is unfortunate because it’s a good one. There, in the last few minutes, the writers reminded audiences that second  (and third and fourth) chances at happiness are never out of reach, that grief — however fervent– cannot eclipse love and hope and renewal. And sometimes, a perfect love is like a fine wine: it needs time to mature.  There’s no sense in trying to rush things: it’s just not ready ’til it’s ready.

4 thoughts on “We finally met The Mother…and then she died.”