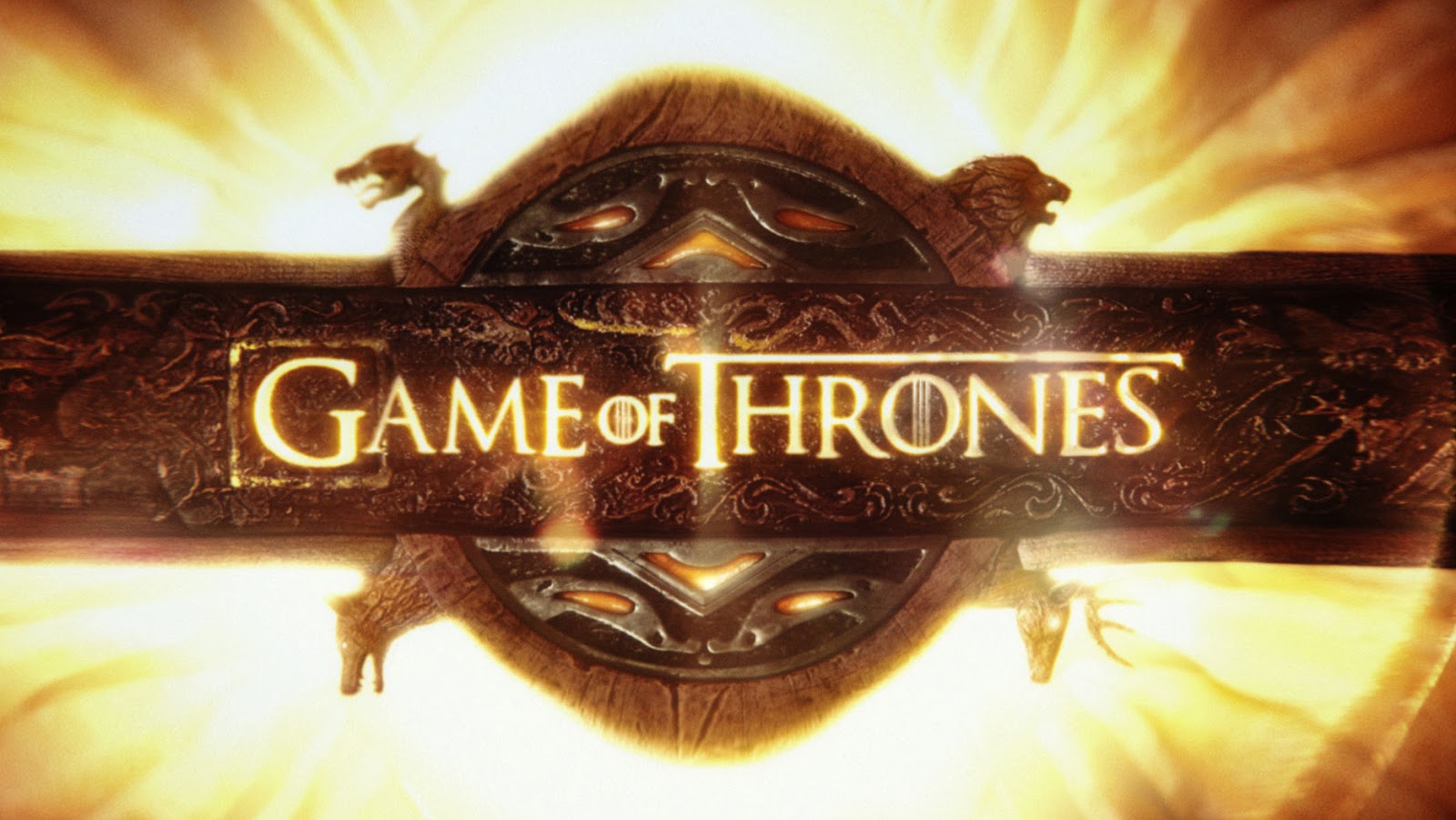 HBO wants to wish Dad’s everywhere a Happy Father’s Day, and also: don’t forget to tune in for the grand, sweeping season finale of Game of Thrones.

Like we really needed the reminder.  As season four of the epic fantasy series wraps up,  show creators Dan Weiss and David Benioff have been persistent in letting people know that this finale is the “best finale [they’ve] ever done, bar none.” In fact, the episode in question — chillingly titled “The Children” — has been submitted for two Emmy’s: Outstanding Writing for a Drama Series and Outstanding Prosthetic Makeup. Though every episode of this phenomenal season has set a new viewing record every week, “The Children” is the first ever submitted for Emmy consideration.  Clearly, Weiss and Benioff are fairly confident that the cast and crew have truly outdone themselves this time.  In a statement, the duo praised the hard work of everyone on set saying, “The performances from our cast, the direction from Alex Graves, the VFX work, the new cues from Ramin Djawadi – all of it came together in perhaps the finest hour we’ve produced.”

All this to say, get your Father’s Day priorities straight and be ready to tune in for the 66 minute finale, this sunday on HBO at 9pm/8c. Happy Father’s Day…Winter is Coming. 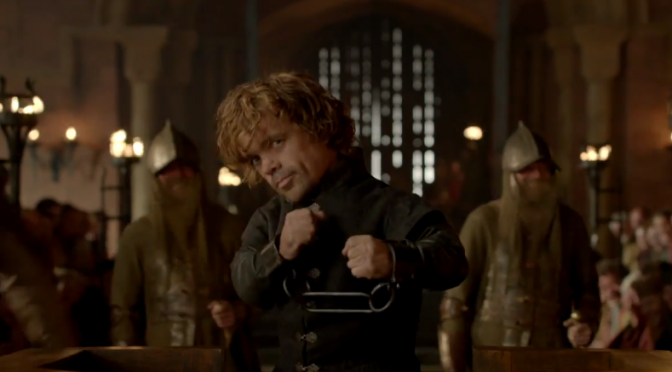 We love this animated short on the upcoming trial of beloved Game of Thrones character, Tyrion Lannister. You will too.

A sister who wants him dead, a father acting as judge who also wants him dead, his wife gone and no witness willing to come forward — George R.R. Martin certainly made things look bleak for Tyrion when he wrote this bit. How will Tyrion make out in the upcoming trial? One youtube user has an idea…

“Just days away from the actual airing of the HBO episode, Tyrion is brought to trial in this animated skit for slaying the king, but how will he defend himself when everyone he trusts already fled King’s Landing?”

Game of Thrones, episode 6: “The Laws of Gods and Men” airs this Sunday night on HBO at 9pm/8C.

Sunday night’s episode of “Game of Thrones” featured one particular scene which called into question an entire character arc and left several outraged. In the most recent episode of Game of Thrones, “Breaker of Chains,”  viewers watched as, in the midst of a candlelight vigil for her son, King Joffrey Baratheon, Cersei Lannister was raped by her twin brother/lover/father of her children, Jaime Lannister. Several bloggers have taken to the internet to express their opinion about the scene, and how it deviated from the original content. Since… 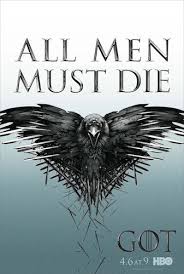 As another promotional venture, HBO has gathered tracks from some of today’s most talented rappers and Latin artists for a Game of Thrones Mixtape. As if they weren’t taunting us enough already with the extensive promos for Season 4, on Friday (3/7), HBO is dropping a ten track playlist aptly titled “Catch the Throne”. The album will feature artists like Common, Big Boi, Wale and Outkast going on about — you guessed it– Game of Thrones. Big Boi told Vulture that he was excited at the prospect of…

Now he’s got to be the Iron Bank of Braavos as well. The actor/writer/producer has joined the cast of “Game of Thrones” for the 4th season as Braavosi Tycho Nestoris. For fans of the show, Nestoris is a new character but even loyalists of the books may be scratching their heads at this announcement. Tycho Nestoris isn’t brought into play until the 5th book,  A Dance with Dragons, while season 4 is set to cover (as far as we know) the second half of book…

Arya has a hit list, Joffrey is gleeful, Sansa is haunted by her family’s murder, Jon Snow is plotting justice, Tyrion is in chains, and Danaerys will rule. Valar Morghulis. Is it April yet?

If this year’s late premier date for Game of Thrones Season 4 means anything, it’s more teaser content shot just right to leave you counting down the weeks until Sunday, April 6th. HBO’s latest sneak peek at the new season for GoT was a thrilling fifteen minutes which, you guessed it, left us begging for more. Masterfully shot, the trailer (aptly titled, “Game of Thrones Season 4: Ice and Fire: A Foreshadowing”) features crew commentary as well as a twitter-fueled Q&A session with cast members.…